The first letters denote where in the city you live.  When I first moved to London I was in N22 (Wood Green), then moved to N8 (Turnpike Lane), then SW16 (Streatham) and finally rested my boots in SW17 (Tooting Broadway).

I’ve lived a few minutes walk from the Tube station for nearly 6 years.  D and I moved in after dating for 3 months and rather than stay in North London like I wanted he had the idea of finding a place that was cheap and convenient for us both.

I worked in CRO (Croydon) at the time so staying in SW16 (Streatham) when visiting D was convenient for me as I was only a bus ride away from work but it was not convient for him. I was stubborn and wanted to stay north of the Thames.  Staying up north would have worked out if we found a place comparable to where we are now but we didn’t and D also pointed out that the council tax was the cheapest in London (except for Westminster).

In the early days we ate and rambled our way through SW17.  I eventually found a job in SW17 and began to learn our borough really well.  Then we stopped eating out as much and walking around and barely kept up with the new restaurants that continue to pop up weekly it seems.  I avoid Tooting High Street like the plague because it is usually teeming with people that I work to avoid as I don’t like crowds usually.  Don’t ask me what they are buying as I feel we lack decent fashion choices, a book shop and shoe shops.

What Tooting town has is grit, like actual grit.  It’s a little dirty down here.  I’ve said to people time and time again that Tooting is great, it just needs a really good power wash and some paint.  And a book shop that isn’t a charity shop would be nice. 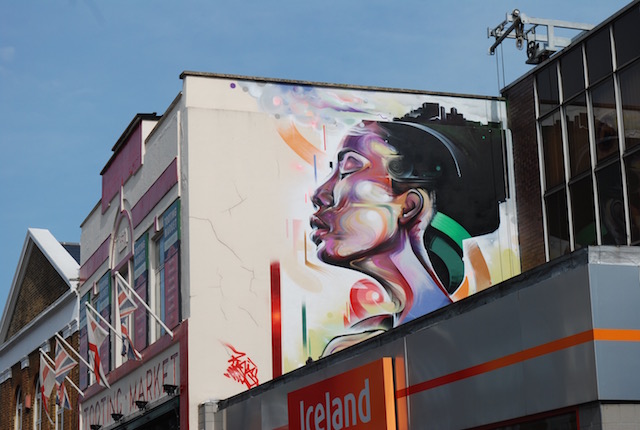 It is full of life, color, smells and as the town motto says – flavor.  You can eat your way around the world just going up and down the high street.  Most noticeably there is a large South Asian population in Tooting and we have a ‘curry corridor’, read more about the area here*.  If you want curry try Tooting and FORGET Brick lane.  Brick Lane curry houses may have been good back in some day but they sure aren’t now.  It’s a tourist trap and the food isn’t good from recent experience.

Last Saturday after exploring Northcote road in Clapham Junction, which is lovely, I can see why it is called nappy valley.  It is clearly a very affluent area and people were out enjoying the sun.  It was lovely, then shortly after it was boring.  It was too sanitized, too clean, a bit too stuffy.  I suggested to my friend that we eat in Tooting as we’d get cheap and yummy food.  Hopping on a bus 20 minutes later we had arrived. 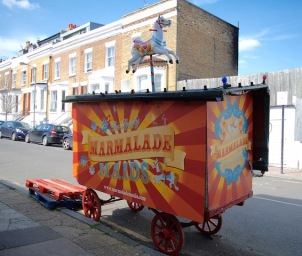 Thankfully the Antelope (which is an old favorite) delivered with a lovely meal which was also cheap to boot. We then took a wander into K & K Stationers & Printers Ltd to feed my stationary addiction (I didn’t get anything this time) and then we went straight for Tooting Broadway Market.  I was convinced that I had been inside the market properly but I was wrong. 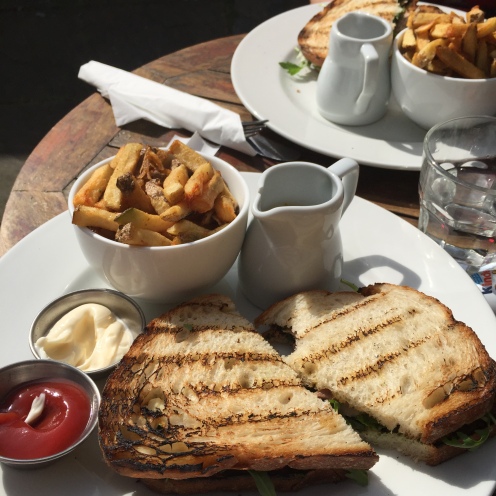 There are two markets in close proximity and I had never gone into the main one.  Before diving in we did discover all the street art.  I was aware that the art had been commissioned but thought it might be hard to find.  It isn’t, it’s all surrounding the market and it was fantastic.  Some really well known artists have created some special pieces that I kept seeing on social media so I was glad to finally see them in person. 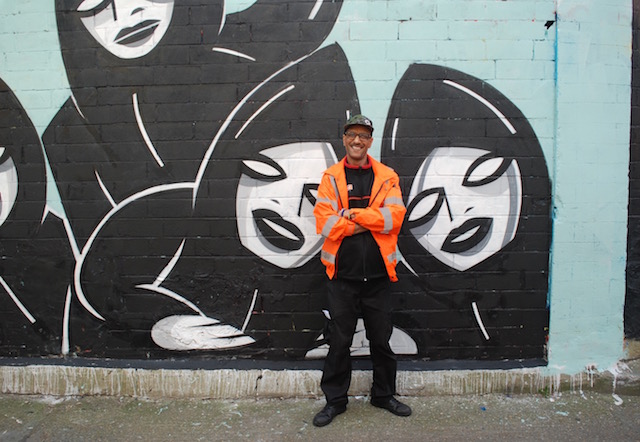 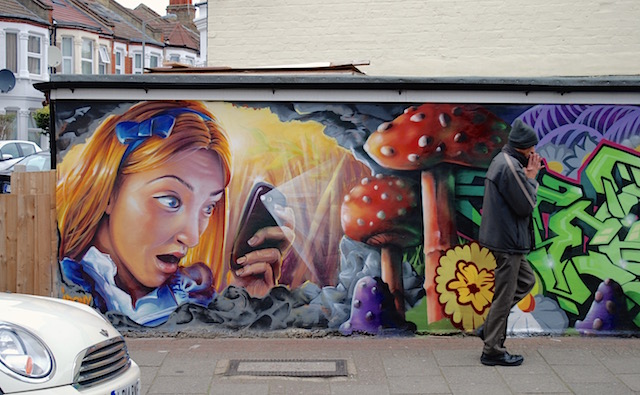 What Saturday showed me was that I need to really look up and around when I’m out in my area and take it all in because the view is lovely.

*Kinleigh Folkard & Hayward is a terrible estate agency.  They charge stupid fees and the branch in SW16 are crooks.  When D moved out of his studio flat there were 4 of us who removed and cleaned it and D stayed behind to clean even more.  They still took money off of his deposit.  Crooks.  But most estate agents are shite.  I’ve only had one, our current and I have nothing but good things to say about them.  It is also laughable how they describe Tooting.  I live here I know.

What say you? Cancel reply